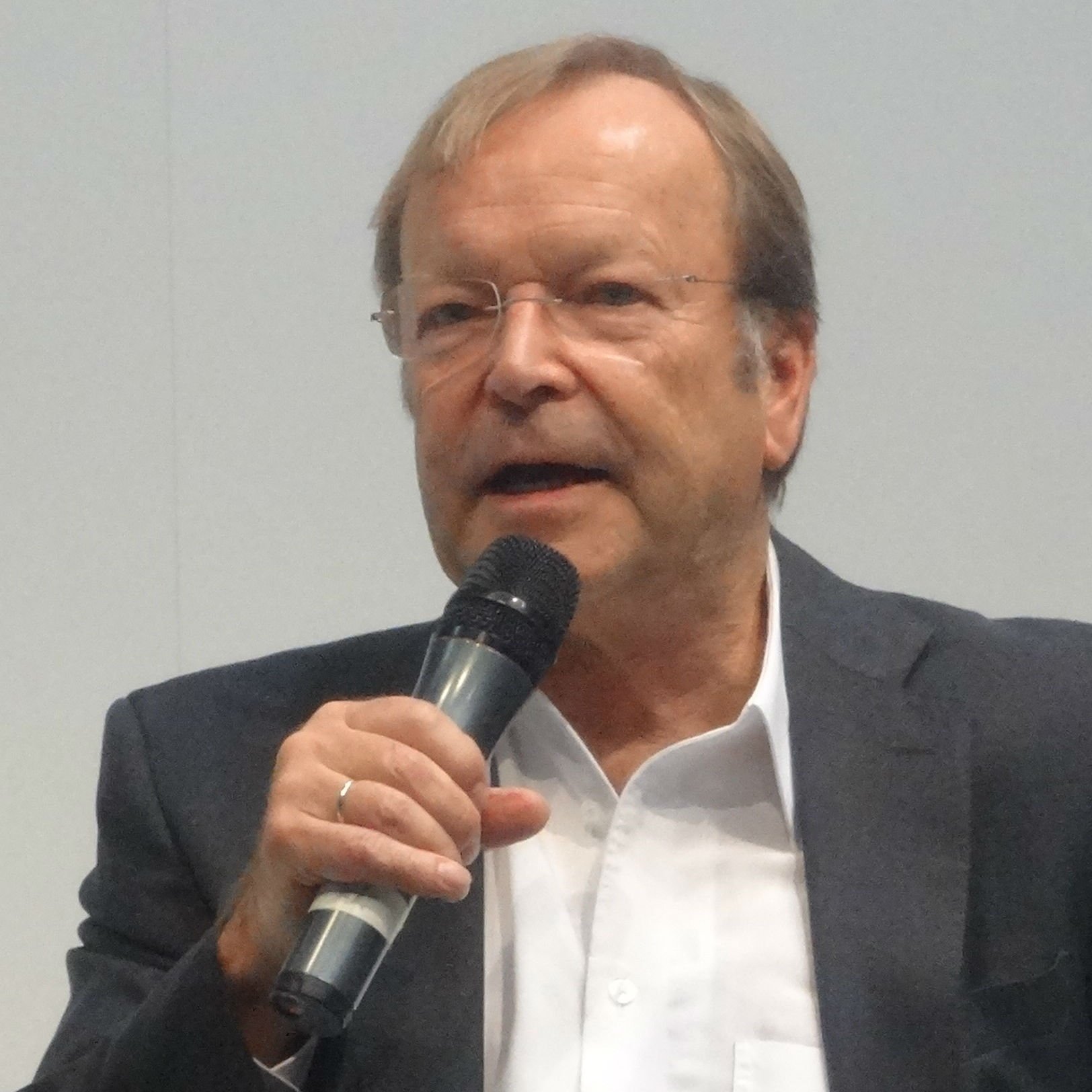 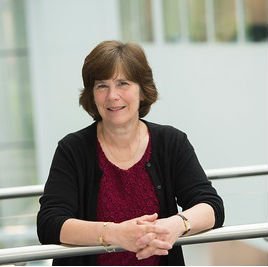 Sarah spent several years in general practice, both small animal and mixed, first as an assistant, then a partner. While still in practice, she became Named Veterinary Surgeon for a number of small pharmaceutical and biotech companies in her local area. She was then Head of Veterinary Services at the University of Oxford for nearly 20 years, leaving there in 2010.  She is now Professor of Animal Welfare at the University of Surrey veterinary school and also runs an independent consultancy on animal health and welfare. She has served on a number of UK and International committees and working groups. 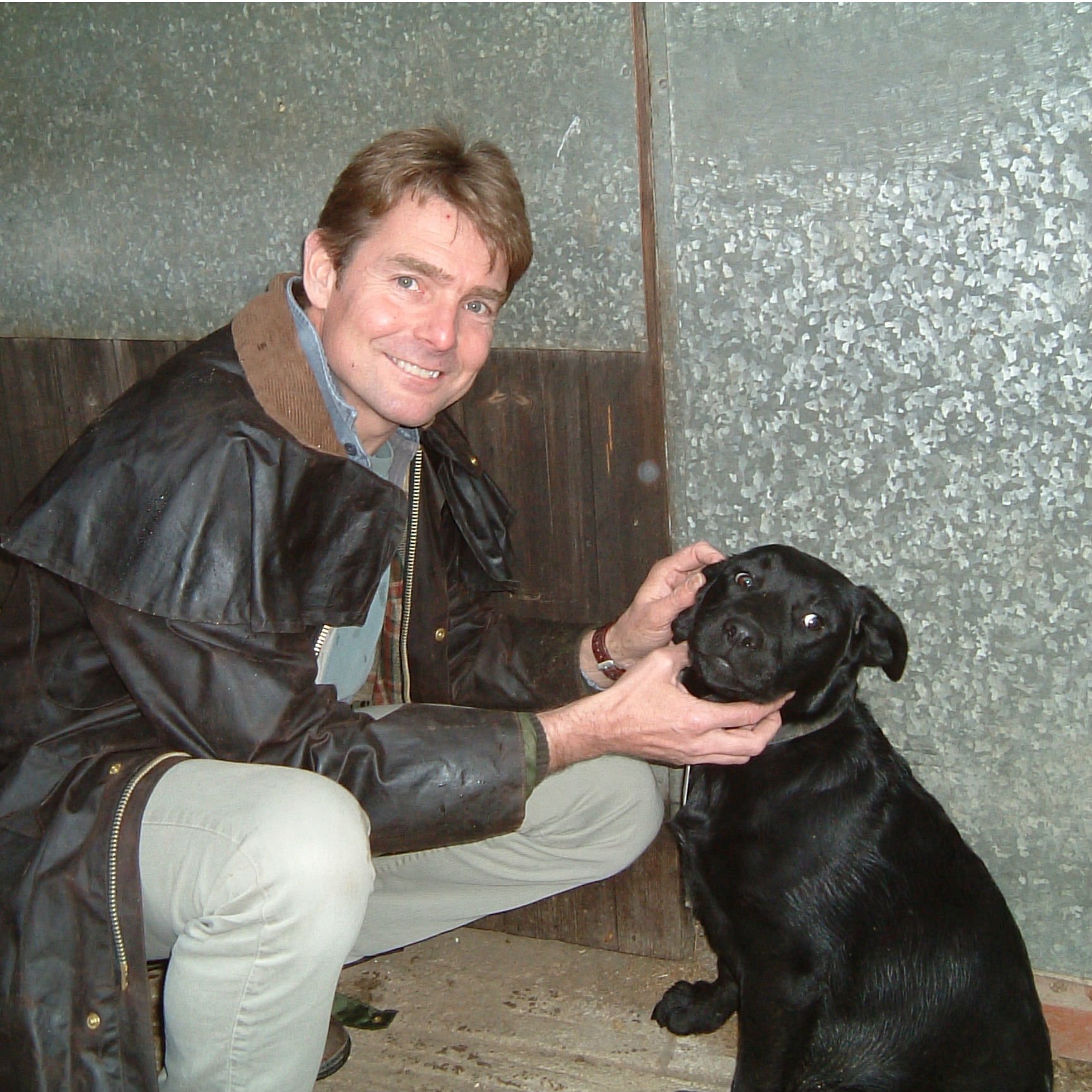 In his role as CEO he is responsible for long term top and bottom line company performance, implementation of and accountability for Board strategy, establishing and maintaining adequate operational and financial controls through an informed and capable executive team and representing the company externally commercially and politically. 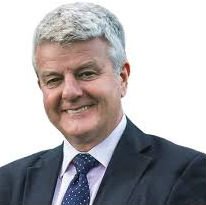 Prof Carmichael is a graduate of the University of Glasgow. An RCVS diplomate and RCVS specialist in small animal orthopaedics, he is a professor of veterinary science at the University of Surrey and chairman of the board of trustees of International Cat Care. 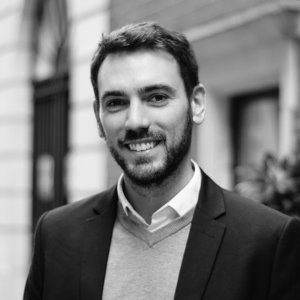 The Behavioural Insights Team was the world’s first government institution dedicated to applying findings from psychology and behavioural economics to public policy and social impact challenges. Toby has a background in both engineering and social psychology. 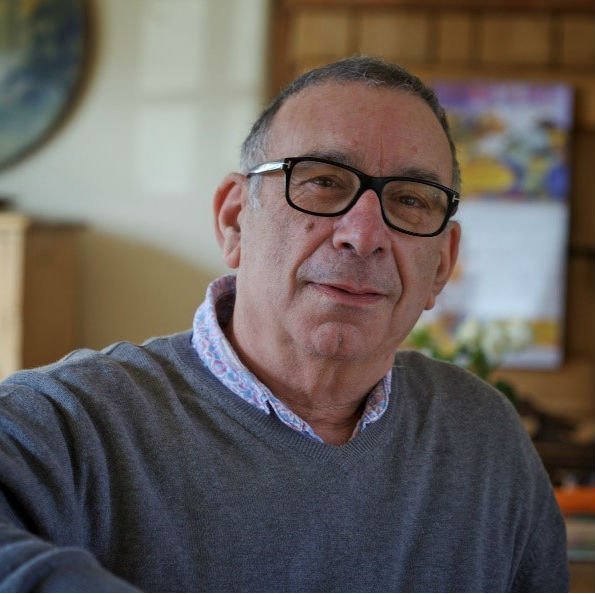 Tony Barnett is Professorial Research Fellow in the Social Sciences of Infectious Diseases at the London School of Hygiene and Tropical Medicine and Honorary Professorial Research Fellow at the University of Manchester’s Humanitarian and Conflict Response Institute. Previously at the London School of Economics, he is a determinedly undisciplined social scientist and believes the science part of social sciences is very important.  He currently works on avian influenza in Bangladesh and Vietnam, hope in South Africa, Uganda and Bangladesh, and thinking about how to use social sciences to improve epidemiological models. 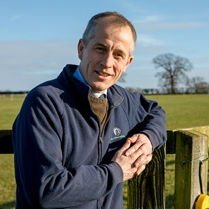 Roly graduated from Cambridge Veterinary School in 1992 and has been Chief Executive of the charity World Horse Welfare since 2008. His previous veterinary roles were with the Blue Cross and Royal Army Veterinary Corps before moving into the charity and fundraising world. Roly is currently Treasurer of BEVA, Chairman of the UK Equine Disease Coalition, a Director of the British Horse Council and a Board member of the European Horse Network. 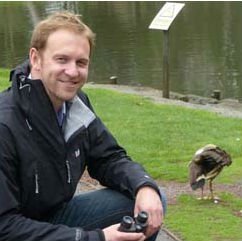 Sean Wensley is Senior Veterinary Surgeon for Communication and Education at PDSA.  He qualified from Liverpool University and holds a Masters degree from Edinburgh University in Applied Animal Behaviour and Animal Welfare.

Sean has contributed to animal welfare and conservation projects on five continents. He is an Honorary Lecturer in Animal Welfare at the University of Nottingham, a member of the Federation of Veterinarians of Europe (FVE) Animal Welfare Working Group and a BVA Council member. He was BVA President from 2015 – 2016. In 2017 Sean received the inaugural World Veterinary Association (WVA) Global Animal Welfare Award for Europe. 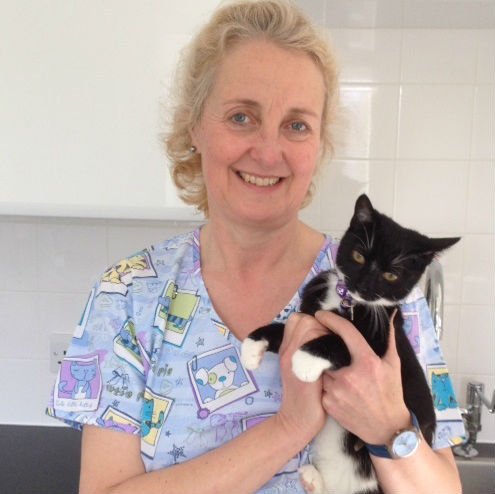 Stephanie Writer-Davies qualified from Bristol in July 1984. She spent four years in mixed practice before deciding to concentrate on small animal work.  Having developed her clinical and business skills over the following 10 years she decided started her own practice and opened Mimram Veterinary Centre in April 1999.  She was elected a council member of the Society of Practising Veterinary Surgeons in 2010 and joined the Officer team in 2012, serving as Hon PRO and Hon Editor before becoming Hon President in January 2016. 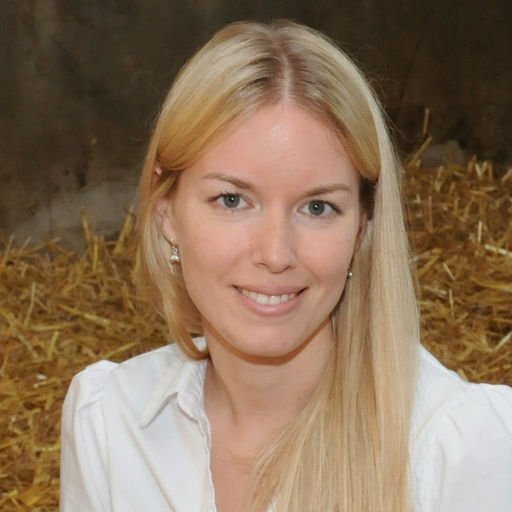 Alison Bard holds a BSc(Hons) from the University of Bristol School of Veterinary Sciences.  Her PhD research has provided a detailed picture of veterinary communication and advisory strategies in the pursuit of behaviour change in the UK dairy context, in addition to examining the feasibility of utilising evidence-based communication (Motivational Interviewing) to inspire on-farm change.

Nearing completion of her PhD, Alison is now a research associate working within Bristol’s AMR Force. As part of an interdisciplinary team, she is exploring the conditions needed to achieve improved veterinary diagnostic practices and treatment decisions, in the pursuit of sensible and sustainable use of veterinary medicines. 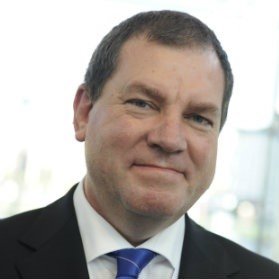 John graduated as a veterinary surgeon from St John’s College, Cambridge University in 1985 with an intercalated degree in Pharmacology. He worked for five years in mixed practice before moving to the Royal Veterinary College 1990 as Lecturer in Farm Animal Practice running the college’s farm ambulatory clinic.

In 1997 John moved to Riyadh in the Kingdom of Saudi Arabia where he worked as the Head Veterinarian to the world’s largest fully integrated dairy company, farming over 25,000 high producing dairy cows in a desert environment. He returned to the RVC in 2003 as Senior Lecturer in Dairy Herd Medicine and was appointed as head of the newly formed Department of Production and Population Health in 2012. He is an RCVS and European College Cattle Specialist. He is a former president of the British Cattle Veterinary Association and a former editor of the journal In Practice. 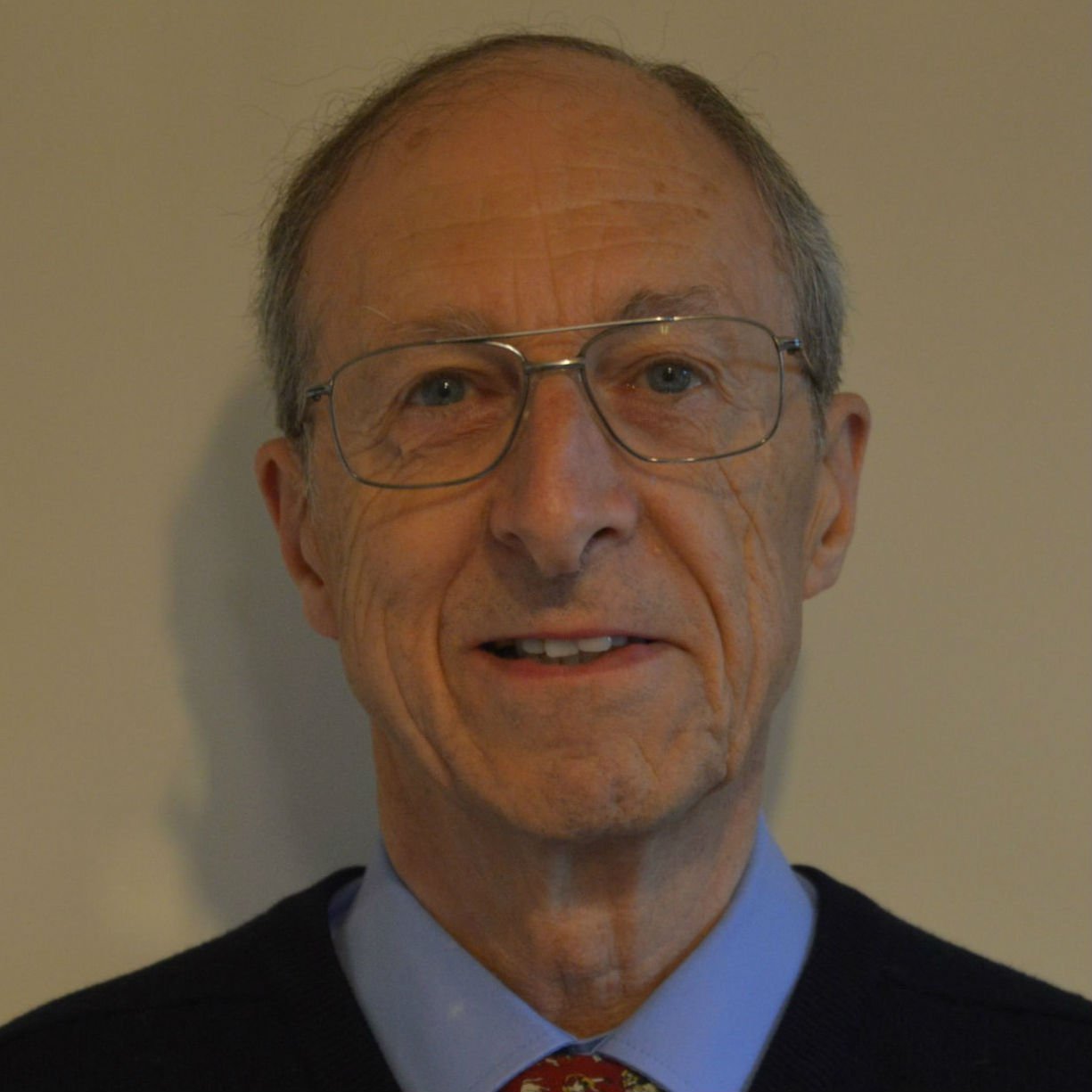 Chris is the Chair of Trustees for the Animal Welfare Foundation.

A Bristol graduate, Chris worked for 30 years in a predominantly small animal practice in Chippenham. In 1998 he joined the RSPCA and the following year became the charity’s Chief Veterinary Officer.  Chris was subsequently Veterinary Director at the Dogs Trust from 2003 until 2011. He was awarded an MBE in recognition of his work on the Animal Welfare Acts of 2006. Chris is also Chair of the Canine and Feline Sector Group of the Animal Health and Welfare Board for England. 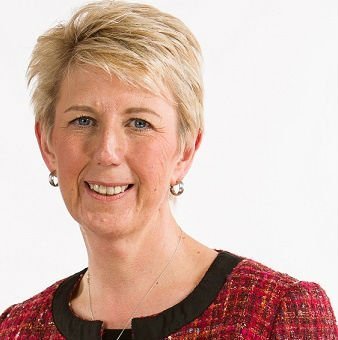 Originally from Grimsby, Angela is an alumni of Nottingham University.  Before entering Parliament Angela worked in the NHS, the banking sector and as a further education teacher specializing in helping youngsters who wanted a second chance to gain academic qualifications.

In 1999 she was elected to Sheffield Council and in 2005 was elected to Parliament for the constituency of Sheffield Hillsborough. In 2010 she was re-elected for the new seat of Penistone & Stocksbridge, a seat she held at the 2015 and 2017 general elections.

In 2005, Angela became PPS to Yvette Cooper and in 2010 became an Assistant Opposition. In 2011 she became Shadow Deputy Leader of the House, moving in April of 2014 to the Shadow DEFRA team as the Shadow Minister for Water, the Marine Environment, Fisheries and Animal Welfare. 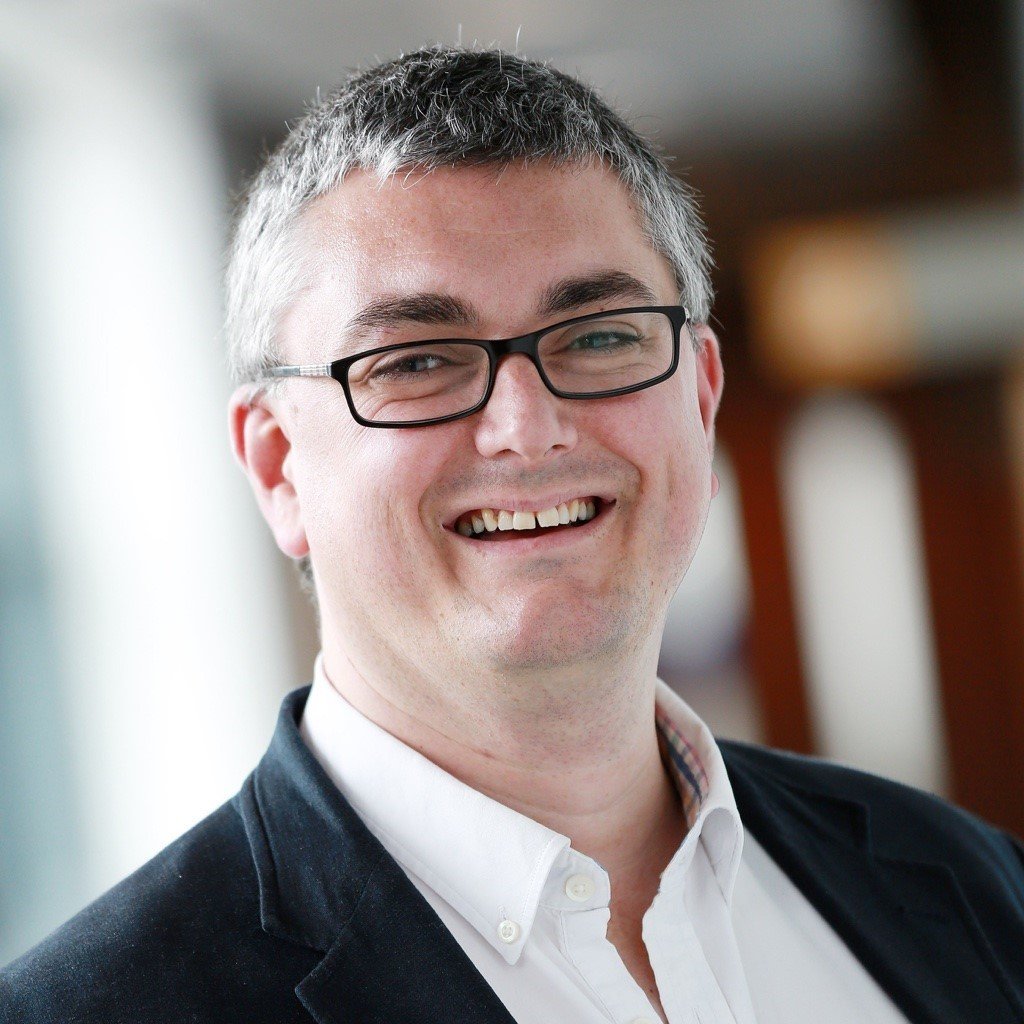 Dr Simon Doherty is the Animal Science & Aquaculture Specialist for the UK Department for International Trade. He provides expert advice on trade and investment associated with animal health and aquaculture – from companion animal nutrition and livestock genetics, to veterinary pharmaceuticals and aquaculture installations.

He is a certified aquaculture veterinarian, an accredited CowSignals Trainer, and an Honorary Lecturer at Queen’s University Belfast. He has been an author on many peer-reviewed publications and reports covering topics as diverse as vaccine design, bovine mastitis, tail-biting in pigs, emerging & re-emerging diseases and salmonid feed additives.

Simon is currently the Junior Vice-President of the BVA. He is also a trustee of the livestock development charity, Send a Cow, and as a STEM Ambassador, he provides careers advice and mentoring services to veterinary school applicants. 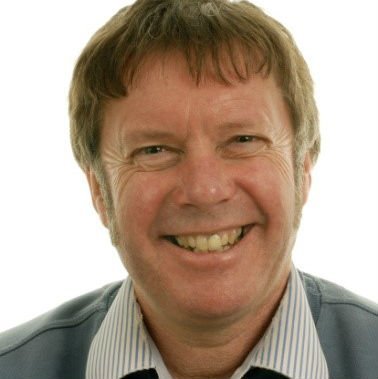 Pete graduated from the RVC in 1979. His career has focused on the welfare of extensively-managed livestock and the health and welfare of farmed and wild/managed deer. He was leader of the Ecological Sciences Group at the James Hutton Institute in Aberdeen, where he is now an Honorary Fellow.

Pete has published many papers on animal welfare-related topics and is an editorial board member of Applied Animal Behaviour Science. Pete is currently chair of the Wild Animal Welfare Committee (WAWC). He is an ex AWF trustee and now serves on the AWF grants making subcommittee. 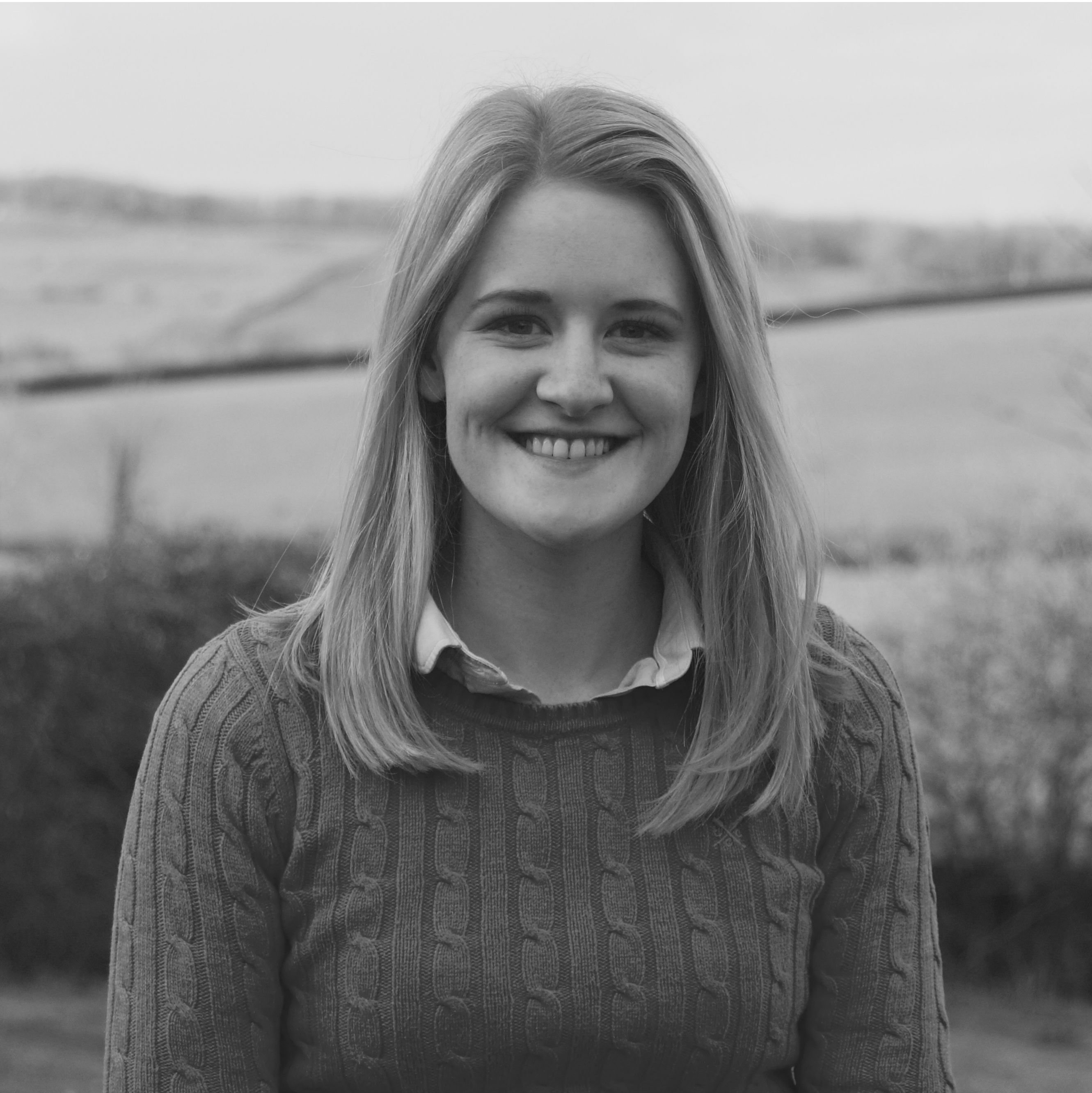 Charlotte Norman is an undergraduate veterinary student at the University of Liverpool. She has an interest in shelter medicine, after growing up in a rescue kennels, which encouraged her to undertake a summer project exploring imported rescue dogs, reasons for adoption, methods of importation and welfare of the imported dogs. Charlotte enjoys both small animal work and commercial poultry.

Why do people adopt rescue dogs from abroad and what health and welfare problems are associated with this? 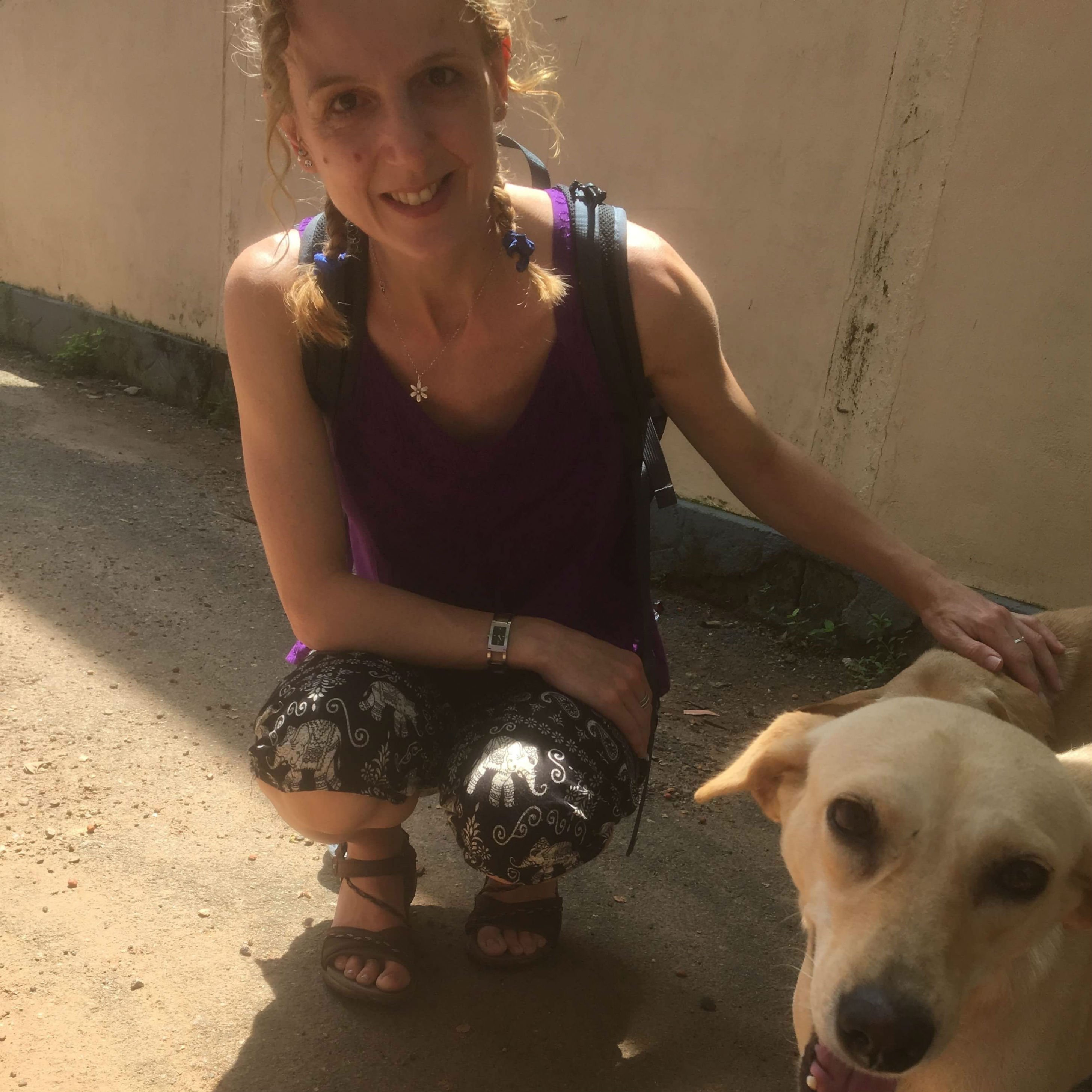 Emma is a graduate of the RVC and an infectious disease pathologist at Public Health England. She has a strong interest in animal welfare and in 2017, graduated with a Masters degree in International Animal Welfare Ethics and Law. This summer, she’ll be joining the Worldwide Veterinary Service team working on animal welfare projects globally. 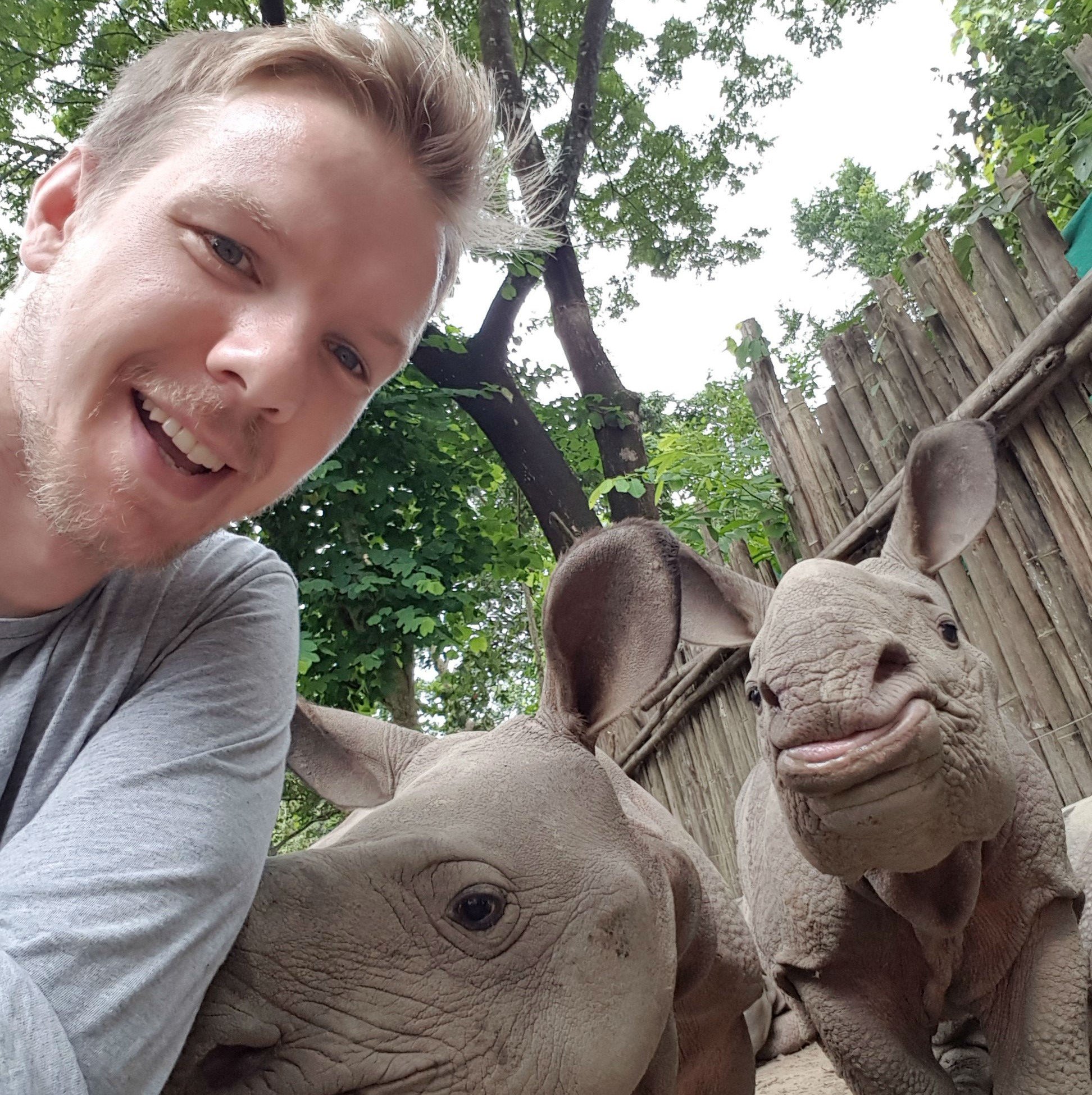 Luke is a final year Veterinary Science student at the University of Bristol. He holds a degree in Marine Biology from the University of St Andrews and previously worked as a Research Assistant for the Sea Mammal Research Unit. He has an interest in animal welfare and conservation medicine. 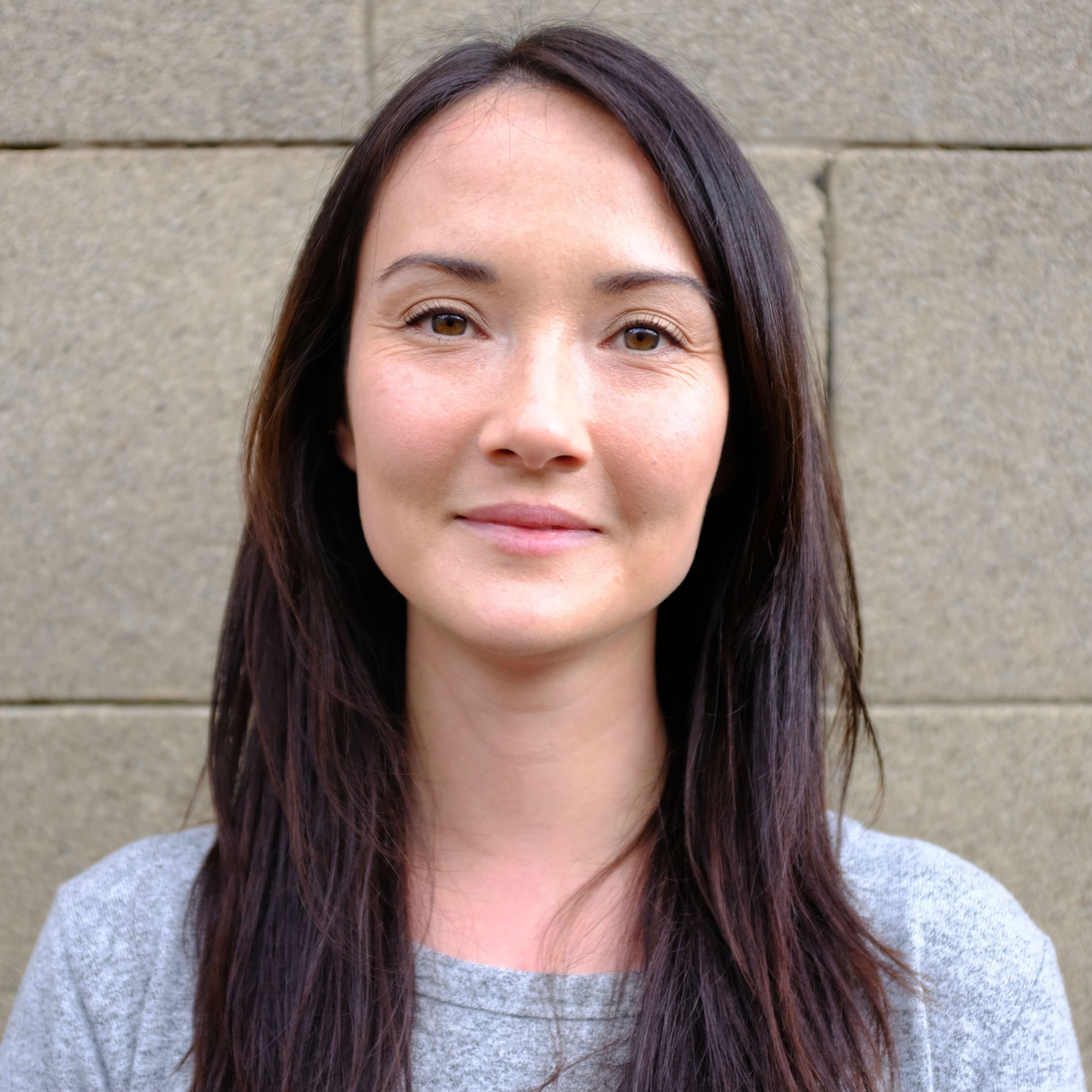 Victoria is originally from Canada and has a BSc (Hons) in Health and Disease from the University of Toronto. She has a strong interest in animal welfare and ethics and is entering her fourth year of veterinary studies at the Royal (Dick) School of Veterinary Studies in Edinburgh. 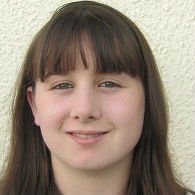 Bethany is currently a fourth year Veterinary Science student at the University of Liverpool.  She undertook a year away from veterinary studies in 2017 to complete a Masters of Research in Clinical Science (Veterinary Science) which focused on dairy cattle lameness.

With local elections looming, an equine charity in Wales is calling for more to be done to tackle horse cruelty, in… https://t.co/Syz0vphDpO
Reply Retweet Favorite

All pet owners will eventually have to cope with the difficult experience of losing the animal that they love. Our… https://t.co/YqmZioWp72
Reply Retweet Favorite

The @BritishVets and @theFOALGroup​ are calling on the Government to take urgent legislative action as their joint… https://t.co/bjknPP2uYt
Reply Retweet Favorite

The easing of restrictions on socialising outdoors is likely to mean a rise in picnics &amp; barbecues over the coming… https://t.co/XAd187cMLR
Reply Retweet Favorite